KNOCK AT THE CABIN: A Return To Faith

THE OUTWATERS: I’m Going To Need A Minute

Sundance Film Festival 2023: “The film has many layers, and it’s hard to pin down what it is.” Interview With Director Toby Genkel Of THE AMAZING MAURICE

THE CIVIL DEAD: How Does One Ghost A Ghost?

Sundance Film Festival 2023: ONYX THE FORTUITOUS AND THE TALISMAN OF SOULS Interviews 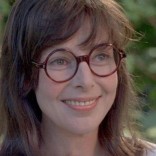 If anything had an impact on the way I view paranoia, it wasn’t a film, but a song. Tom Waits’ “What’s He Building?,” from his great 1999 album Mule Variations, is among the creepiest works of art I’ve ever consumed, a spoken word piece set to the musical equivalent of a scary campfire story. Waits’ vocals are filtered to make them even stranger and more unnerving than usual, but the words are the highlight, a portrayal of suburban gossip that quickly moves into conspiracies and obsessive suspicion.

The final line (“We have a right to know”) makes it clear that no matter what the he of the title is building, the paranoia itself is the true enemy. When it comes to cinema, this idea has rarely been portrayed in a meaningful or complete way, and when it has, it’s been watered down. In the case of Joe Dante’s The ‘Burbs, it was obliterated with an conclusion that contradicts the rest of the film. Nothing changes. The boogeyman is real.

Before The ‘Burbs, however, filmmakers had often used paranoia as a secondary antagonist. In the silent era, innovative horror films like D.W. Griffith’s The Avenging Conscience (a loose adaptation of Edgar Allan Poe’s “The Tell-Tale Heart”) and Robert Wiene’s The Cabinet of Dr. Caligari presented paranoia as a source of true horror; in many ways, the main conflict of both of those films is the protagonists’ own anxieties, even if they chicken out with early examples of the it-was-all-a-dream ending and the it-all-happened-in-their-head ending (i.e., the thinking man’s it-was-all-a-dream). Silent film was perhaps the most useful format for portraying this, given that Henry B. Walthall’s manic facial expressions reveal more about what his character is feeling than any sound (even the beating of that hideous heart) ever could.

Paranoia and suspense are interlocked in cinema, and nobody explored that more than Alfred Hitchcock. His magnum opus Rear Window beat The ‘Burbs by thirty-five years in showing someone’s unrelenting suspicion of their neighbor, but these themes are explored throughout his whole filmography. From The Man Who Knew Too Much to The Lady Vanishes, his work in the 1930s was often based around conspiracies, the feeling that everyone is out to get you and you’re on your own. When Hitchcock moved to Hollywood, his films transitioned away from the big conspiracy to the personal—you’re not safe in your own home or maybe the people you’re closest to are coming for you. Shadow of a Doubt, Notorious, and Dial M for Murder all play off of this. In 1941’s Suspicion, he even pulls the rug out from under the audience with a humanist ending that remains refreshing to this day. It’s the sort of film that other writers of paranoid thrillers should look to—one where the titular suspicion itself is what’s killing the character, sans boogeyman.

From there on, paranoia in films tended to follow the news. In the 1950s, films portrayed the suspicion and cruelty of the McCarthy era in negative lights (Johnny Guitar, High Noon) as well as positive (On the Waterfront, Rio Bravo), but the most iconic paranoid film of that decade doesn’t take much of a stance. Instead, Invasion of the Body Snatchers invites the audience to view it whatever way they wish. It can be a take-down of McCarthyism, a warning against communism, a completely apolitical creature feature. It’s such an effective sci-fi/horror flick that many choose to either ignore its politics or mold them, but as far as I can tell, the film’s language is that of McCarthy, a character dreading a communal world “where everyone’s the same” especially. The several remakes of Don Siegel’s film are less interesting aesthetically, just as dubious politically, but have moments of greatness—Meg Tilly’s performance in Abel Ferrara’s Body Snatchers is alone worth a rental.

Francis Ford Coppola’s The Conversation is perhaps the essential paranoia film. The protagonist Harry Caul (Gene Hackman) is a surveillance expert, obsessively private and too aware of how easy it is to rob someone of their privacy to ever feel safe. The final scene is terrifying and poignant, with Caul, believing he’s been bugged, driven to destroy his own apartment in search of a device. This is one way to handle the destructive nature of paranoia while also featuring a legitimate threat. They’re out there, The Conversation says, but they’re more than willing to let you destroy yourself.

Coppola’s film was released in 1974, and thus immediately tied to Watergate, despite the director’s insistence that it was more inspired by Michelangelo Antonioni’s Blow-Up than anything in the papers. But in the years following the scandal, one could easily see its aftermath in cinema. All the President’s Men tackled the subject head-on, but a film like Blow Out, Brian De Palma’s remake of Blow-Up, is subtler, sharing with The Conversation a similar fascination with—and dread towards—audio surveillance. Meanwhile, neo-noirs like Night Moves (another Gene Hackman film) and Cutter’s Way deal with disillusioned people trying to solve complex mysteries and winding up in over their heads. Often, these post-Watergate conspiracy films feature wealthy villains—politicians, businessmen—immune to traditional forms of justice. Characters either take matters into their own hands or let it go, moving on knowing that they may never feel safe again.

Released in 1989, The ‘Burbs feels far away from the urban paranoia of those films. Instead, as the title says, its focus is the same suburban distrust that Tom Waits would sing about a decade later. The lead character Ray Peterson, played by Tom Hanks, is a bored, frustrated man who is trying to enjoy a week off of work, surrounded by a neighborhood of gossipy eccentrics who are willing to put up with any level of strangeness as long as it’s out in the open. From Bruce Dern’s ultra-patriotic, xenophobic veteran to Corey Feldman’s pervy teen who watches his shady cul-de-sac as a form of entertainment, the characters are exaggerations, but it nevertheless feels like a spot-on parody of Reagan/Bush I-era suburbia.

Eventually, Peterson is sucked into his neighbors’ gossip, coming to believe that the German family who have just moved in are murderous cannibal cultists. It escalates until the group of neighbors burn down the house of the sardine-eating Germans, after which Hanks’ Ray delivers a monologue that should be the film’s thesis:

They didn’t do anything to us. All right, so they’re different. So they keep to themselves. Can you blame them? They live next door to people who break into their house and burn it down while they’re gone for the day. Remember what you were saying about people in the ‘burbs, Art? People like Skip? People who mow their lawn for the 800th time and then snap? Well, that’s us. It’s not them. We’re the ones who are vaulting over the fences, and peeking in through people’s windows. We’re the ones who are throwing garbage in the street, and lighting fires. We’re the ones acting suspicious and paranoid, Art. We’re the lunatics. Us.

Then, mere minutes later, the film flips. The Germans actually are evil and Ray gets the better of them, saving the day. Hollywood, as per usual, went with a blandly satisfying conclusion over a thoughtful one, and a smart comedy made by a strong satirist—in the same vein as Dante’s other suburban satires Gremlins and Small Soldiers—falls apart right after its best moment.

In the 30 years since The ‘Burbs, it’s become apparent that there is a boogeyman out to get us. This is the same boogeyman seen in Tony Scott’s 1998 feature Enemy of the State, a spiritual successor to The Conversation right down to Gene Hackman’s character being almost identical to Harry Caul. This is a prophetic film that covers intrusive NSA spying a decade-and-a-half before it became clear just how little privacy American citizens actually have. In 2002, Steven Spielberg’s Minority Report came out, showing a dystopian police state that the filmmakers couldn’t have seem coming in early-to-mid 2001, when it was shot, but that was already coming into fruition in the post-9/11 world the film was released in. Jonathan Demme’s serviceable 2004 remake of the conspiracy classic The Manchurian Candidate is remarkable only for how little it had to change in order for the original’s Cold War politics to work in the 21st century setting.

Things have only escalated from there, and nowadays, the best films about paranoia and conspiracies are often documentaries—Citizenfour, Making a Murderer, Tickled. In a world where it’s so clear that a boogeyman is out there, many choose to simply look for another one. Flat Earthers, school shooting truthers, people calling the police on Black people for no reason. More than ever, a film like The ‘Burbs feels necessary. One that shows people searching for something out to get them in the absolute wrong place, desperate to avoid any sort of introspection, and this time with an ending worthy of its ideas.

What is your favourite paranoia film? Let us know in the comments?

The Burbs is currently available to stream via Shudder on Amazon Prime.

CLOVERFIELD: A Look Back, 15 Years Later