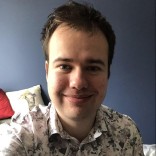 Director Jeremy Saulnier’s debut film Blue Ruin marked him out as a director to watch, a spiritual heir to the throne of the Coen Brothers at their most violent. Like the Coens in their bloodthirsty prime, Saulnier filled Blue Ruin with borderline absurdist humour and fully fleshed out characters who would appear as nothing more than walking quirks were they not so perfectly realised. Most importantly, he achieved something that few other Coen imitators manage – he perfectly understood that the violence in their movies takes place in a moral universe, where no evil deed goes unpunished.

Of course, the Coens often back that up with detours into biblical allegories, suggesting the mistakes made by their characters have been the same ones made for centuries – Blue Ruin didn’t have such lofty ambitions, even with its compelling moral ambiguities. Green Room is an improvement on his previous film for digging deeper into the ramifications of people continuing to recommit past mistakes; here, the villains are Neo-Nazis, whose blind intolerance forms the backbone of the most nail biting, gruesomely violent thriller in years.

An Unpredictable House of Horrors

Punk band The Not Rights are running low on petrol money, with dwindling interest from Portland venue owners for them to play and even less interest to pay them a healthy salary. An interviewer tells them about where they can get a gig that plays well – a “boots and braces” Neo-Nazi audience in a bar hidden deep within the woods. After a gig goes better than expected, considering they kicked off proceedings with a cover of the Dead Kennedys’ “Nazi Punks, Fuck Off”, the band get their equipment and leave.

Unfortunately, band member Sam (Alia Shawkat) left her phone on charge in the green room – going to retrieve it, bassist Pat (Anton Yelchin) sees a murder being committed. The band are then forced back into the green room, waiting for police to arrive, whilst suspect bar owner Darcy (Patrick Stewart) hatches a plan to make sure they won’t tell anybody about what they have just unwittingly witnessed.

It is very likely that the movie will prove divisive upon release; among genre fans at film festivals, where I witnessed a screening, its bone-crunching violence proved weirdly crowd-pleasing, as even the most hardened of genre fans were reduced to rushing for the sick bucket. However, the movie can easily be interpreted as nihilistic: the moral universe Saulnier’s film inhabits is far more ambiguous than the “every bad deed must be punished” ethos that clouds every Coen Brothers picture.

The movie is ultra-violent to such an extent that even torturous acts committed against the villains don’t feel cathartic – it is to Saulnier’s credit that he has managed to make a movie this sadistic and still make it feel nothing less than utterly gripping.

The venue itself is staged like a house of horrors when the claustrophobic second act kicks in. Production designer Ryan Warren Smith has not only managed to create a believably ugly cess pit of a venue, with beer stains on the floors and hideously racist graffiti plastering the walls, but he’s managed to create one so viscerally ugly it feels genuinely lived in. Beneath every floorboard there appears to lie a hidden room that promises our heroes escape – but really acts as another venue for the violent atrocities to be committed. It is rare for a film so claustrophobic in setting to keep expanding its locations, whilst still maintaining the prevailing sense of dread.

There is one obstacle preventing the movie from becoming as tension-driven as it could be, and that is the stunt casting of Patrick Stewart as bar owner Darcy. With The Not Rights being a band made up entirely of semi-awkward nerdy types, the villains have a clear advantage, which plays deeply into the foreboding atmosphere.

Although restrained compared to the more pantomime inspired performances he has given when playing villainous roles in the past, there is still an unacknowledged theatricality in Stewart’s performance that clashes with the grim realism provided elsewhere. This isn’t to say the performance is never anything less than compelling – but this is largely due to the alien quality of seeing such a prestigious actor appearing in a gritty genre piece.

Cinema that depicts the ugly reality of Neo-Nazism, ranging from 1992 Russell Crowe drama Romper Stomper to Shane Meadows acclaimed 2007 Brit-flick This is England, has a depressing ability to have its clear condemnation of the characters behaviour get lost in translation to fascistic audiences. This is a phenomenon I have become aware of thanks to internet comment sections. The YouTube comment section represents hell on earth even at its most inane, but clips from This is England and similar films are met with comments from Swastika-ridden profiles celebrating the film and its portrayal of their perceived “truth”, ignoring the obvious central condemnation thesis presented by the filmmakers.

Green Room is possibly the first film about Neo-Nazis that will likely not face any misinterpretation – the ugly political theses aren’t obscured, but by presenting them in a genre picture so visceral in its portrayal of violence, it is unimaginable for anybody to come out of it feeling swayed by any of the political views expressed.

After seeing all adulatory comments for his previous film being tempered with praise comparing him to more celebrated filmmakers, Green Room marks Jeremy Saulnier as an essential genre filmmaker on his own terms. Refusing to step in line with narrative conventions, Green Room may be perceived as needlessly and excessively nihilistic; instead, Saulnier’s film is gloriously unpredictable, a unique thriller that rips up the rule book whilst paying deliriously gory tribute to it.

With many acclaimed movies from 2015 festivals not seeing worldwide release until 2016, which are you most looking forward to seeing?

Green Room is on release in the US from April 1, 2016, with no distribution plans set for the UK. Many international dates are still to be announced, all current release dates can be found here. 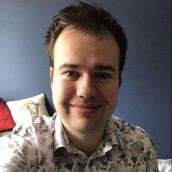