In the Realm of the Senses: Pretentious Pornography? Or Something More Zac Hestand earned a BA in Film from the University…

John Singleton was born on January 6, 1968 in the South Central area of Los Angeles. His script for Boyz n the Hood sold to Columbia Pictures as he completed his studies at the Film Writing Program at USC. The following year, Singleton became the youngest (24 years old!) and first African-American nominated for a Best Directing Oscar. What is the appeal of John Singleton’s films?

Like Spike Lee before him, Singleton combined his love of the movies, African-American culture and history, and what it means to grow up as a Black man in America. His films are shot and structured like the westerns he loved growing up. Lone figures that stand apart from the locals, beautiful photography to capture the landscape, heroic attempts to right a wrong, and a set unity of space where the actions transpire. All of these hallmarks, along with his honesty of the African-American experience, make him a distinctive voice in cinema.

This coming-of-age story concerns three friends as they grow up in Crenshaw, and the paths they take in their journey to adulthood. Singleton based characters on people he knew growing up and used his own upbringing to create this brutally honest and fantastic movie. These are real characters, and not out-0f-touch Hollywood stereotypes, which helps to elevate the film even more.

Along with his honest storytelling, those western tropes show up throughout the film. Tre Styles (Cuba Gooding Jr.) moves in with his dad, after many years under his mother’s roof, and serves as our “lone gunslinger” character. Tre does not seem to fit in with those around him and seeks to both escape his surroundings, and make right the things that are wrong in the world, especially in his neighborhood. This is where he has to face gang members and one disgustingly racist Black police officer.

Tre does end up leaving when he graduates from high school. Unfortunately, childhood friends, Ricky and Doughboy aren’t so lucky. Singleton gave us with this movie a glimpse at the hardships young African-American males face from childhood until the age of 18. Sadly, the hardships continue well into adulthood.

Set during the beginning of the semester of a fictional university, the film focuses on the college experience of a diverse set of students. A valley girl, a scholarship track star, the head of a Black fraternity, and a seriously misguided young man from Idaho confront various hurdles and respond in their own way. An issue that is spotlighted is on-campus racism, which is sadly still a recurring news headline.

Like Boyz n the Hood, Higher Learning uses its limited location to create an atmosphere that seems cut off from the rest of the world. Furthermore, the film uses wide shots to capture every detail of the characters’ surroundings, that dwarfs the actors in this particular landscape. Singleton continued to combine both westerns and racial tensions in his next film by going back to the past.

Set in 1923 in the towns of Rosewood (black) and Sumner (white) in Jim Crow-era Florida, it is based on the true story of a white woman accusing a Black man of assault, and the white townsfolk leading a racial massacre. It’s an event that is sadly not taught enough, or at all, in US history courses, but it needs to be. It’s a brutal watch, but like Schindler’s List, an important watch.

The western element comes in the form of a mysterious drifter named Mann (Ving Rhames), it might not be his actual name, much like “Blondie” in the Man with No Name trilogy. He is a distinct outsider that raises the eyebrows of both the white and Black townsfolk. This lone hero attempts to right a wrong, and even carries several guns to show he means business. There are shootouts and chases on horseback, the closest Singleton has come to making an actual western.

By combining an actual travesty in American history and the western, Singleton created his most ambitious movie at this point. Great performances, beautiful photography, and education on a little-mentioned event is both informative and engaging. Singleton would use the lone gunslinger again in his next movie, bringing back a slightly familiar character.

This is not a remake of the 1971 classic with Richard Roundtree, but a reboot/sequel to the original film. Samuel L. Jackson plays John Shaft, the nephew to the Roundtree (who makes a cameo) Shaft. Like his uncle, he’s a New York detective out solving crimes.

Singleton‘s Shaft again combines his love of westerns and racial tensions in the United States. Shaft is our gunslinging lawman protecting his town, New York. The crime is a racially motivated murder committed by the son of a real estate tycoon. The son, Christian Bale, gives a performance with a serious Donald Trump Jr. vibe.

After Rosewood and other dramas, Singleton shows viewers his versatility as a filmmaker by making his first action movie. Each film continues to show his growth creatively and his unpredictability with each project. The next film takes us back to South Central, where it all began.

We’re back in the same neighborhood as Singleton‘s debut feature and exactly 10 years from that starting point. Like his debut, the movie features a young man at a crossroads in life, it features a Gooding (Omar Gooding instead of Cuba), and a rapper (Snoop Dogg instead of Ice Cube). Unlike that debut feature, this is not a coming-of-age story, but a story that already arrived in adulthood.

Joseph “Jody” Summers (Tyrese Gibson) is a 20-year-old man in a state of arrested development. He lives at home with his mom, has no job, and shares parental duties with his girlfriend. His mother’s current beau, Melvin (Ving Rhames), a former convict turned business owner, tries to give Jody advice on responsibility and growing up.

A theme found in westerns, John Wayne and pre-1960 westerns, in particular, is the concept of what it means to be a man. The common areas being facing responsibility and taking care of loved ones. Melvin wants Jody to be a strong, positive young man who takes care of those around him. Taking care of those that you love shows up again in Singleton‘s own take on a John Wayne western.

This film is a remake of the 1965 John Wayne film, The Sons of Katie Elder. In the original, four brothers go to find who murdered their father and took advantage of their mother. The remake has the Mercer brothers (all adopted) find the person responsible for shooting their mother in a store robbery. Old fashioned western vigilante justice set in 21st century Detroit.

Here we see that western theme of honoring your loved ones and going after the villain who trespassed on your sacred barrier. Our land, limited space, is a Detroit neighborhood, where a local baddie runs things, and it takes a group of modern-day gunslingers to take him down. Like any great western, the film contains many shootouts between rival gunslingers.

Additionally, the film uses yet another western theme of the return of a local. Someone who disappeared for years, only to return to their town due to traumatizing events. Singleton displayed yet again using genre conventions and applying them to all of these non-western projects.

Sadly, John Singleton died on April 28, 2019, at the young age of 51 due to complications of a stroke. After Four Brothers, he directed his final theatrical feature, 2011’s Abduction. Which is, unfortunately, not his best work. However, he did direct beyond features.

Singleton raked up several credits directing for television, notably an episode of American Crime Story: The People V. O.J. Simpson, reuniting him with Cuba Gooding Jr. His final project prior to his death was creating the FX series Snowfall, depicting the crack epidemic in the 1980’s Los Angeles. He directed three episodes and wrote several others. I haven’t watched this series, but it’s on my ever-expanding queue.

The death of Singleton brought tears to my eyes. His films provided thought-provoking stories, honest characters, and imagery that lingers well past each viewing. A treasure we lost in the American, and world, cinematic landscape, but he leaves behind a legacy, and body of work, that will be studied and enjoyed for generations to come.

What is your favorite John Singleton movie? Is there one you wish I included? Please leave a comment below. 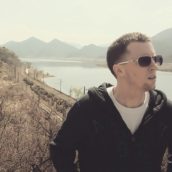