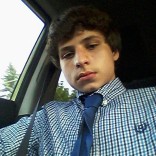 Andrew Stover is a film critic/writer from the Chicagoland. His…

Everybody has a story. Everybody has witnessed agony, elation, and sadness to some degree. Humans are emotional beings, capable of submitting to rage, isolation, and compassion, but hardly do fortunate people give a second thought to homeless people. Homelessness is a prevalent problem that is worsening year after year as the stress of low income, mental illness, and unaffordable housing forces many to live on the streets — and amongst this less fortunate group are vulnerable children and wounded veterans.

When a film explores homelessness, poverty, mental illness, and the foster care system, there is very little tolerance for lachrymosity, as these topics are far too serious to treat mawkishly. Refreshingly, Van Maximilian Carlson’s newest foster care drama Princess of the Row handles the subjects with a respectable amount of authenticity and unshrinking optimism.

Alicia Willis (Tayler Buck) is a 12-year-old girl whose life revolves around the well-being of her homeless, mentally-ill veteran father, Beaumont ‘Bo’ Willis (Edi Gathegi). Despite being told that her father’s dangerous by a well-intentioned social worker (an endearing Ana Ortiz) who’s working tirelessly to match Alicia up with a good family, Alicia refuses to give up on her father.

Even when Bo doesn’t recognize Alicia, and he’s staring off into space as a result of a traumatic brain injury, Alicia remembers how her father was before the injury, and she’s entirely convinced that version of him still exists. And Alicia isn’t wrong; the father that Alicia knew still exists. There are fugacious moments where Bo acknowledges Alicia, embraces her, but then immediately spaces out again for an extended period of time. While Alicia should be focusing on school, every day is a battle for her as she tries to help her father survive in Los Angeles’ skid row.

An Enlightening Look At Poverty

Alicia is a strong-willed narrator and assertive tween. Alicia instantly scrutinizes public perception of the life that she and her father lead with a telling if somewhat heavy-handed quote: “Some people that see me, they might think my life’s dirt, but I always thought of my life as a fairytale story”. What follows is a majestic dream sequence of Alicia conjuring up a unicorn in an agrestic setting pervaded with rolling hills and sporadic trees. Alicia imagines herself as a princess, just like her father always said she was, and the unicorn must represent something personal. But it isn’t long until reality kicks in, and the first shot of Bo is him digging through a trash can and a service worker is imploring him to leave. Alicia is forced to intervene and assist her father, who’s clearly not all there. Alicia and Bo quickly flee the scene.

The opening scene unfolds briskly and urgently. It’s an incredibly well-crafted and well-timed scene that shows how much Alicia cares for her father, and how she is willing to take off at a moment’s notice just as long as her father is by her side, out of harm’s way. Maz Makhani’s modestly alluring camerawork drifts around the characters, circling Bo while he was scavenging through the trash, and shakily following from behind as Alicia and Bo run away. Another scene of Bo and Alicia sleeping in a decrepit Trans Am is rendered deeply effective by a gradually receding overhead shot, as the faint outline of them holding hands in a junkyard is subtly affecting because of what it represents: a life built on love and proximity, even if it means being homeless and, in this case, sleeping in a junkyard.

Alicia and Bo live in a tent on the sidewalks of skid row. Despite there being a homeless shelter nearby, Bo is only comfortable in a tent. As much as Alicia likes to think she knows what will trigger her father’s PTSD, his erratic behavior is unpredictable and potentially unsafe — yet, her love for her dad overpowers that fear. But love isn’t always enough, and Alicia will have to learn that eventually. When Alicia is placed in a new foster home with a Northern California writer (Martin Sheen) and his wife (Jenny Gago), she almost immediately steals money and hops on the first bus back to her father.

Most young children adore their parents but rarely do young children see, let alone recognize that their parents are in a mentally vulnerable state and are in need of grave assistance. Alicia knows that her father needs professional help, but society has allowed him to fall through the cracks. Princess of the Row is a starkly insightful exploration of poverty in America, while concomitantly unveiling that veterans are constantly being ill-treated by government officials and everyday people alike.

Princess of the Row is a compellingly veristic and candid father-daughter drama with courage, dolor, and newfound hope. For the majority of the picture, any palpable sense of optimism appears distant, as Alicia’s devotion to her father lands her in trouble with street thugs and predatory men looking to exploit her. Suffice it to say, Alan Shawn Austin and Van Maximilian Carlson’s screenplay puts the characters in perilous and frightening situations, but those situations would be bereft of any sincerity if not for the stellar performances from Edi Gathegi and Tayler Buck.

Tayler Buck gives a dedicated performance as Alicia. She deftly imitates the character’s self-assurance and brusqueness which is often shown through her actions. But Edi Gathegi is the standout, delivering an exceptionally withdrawn and nuanced performance that is low on words but significant in demeanor, body language, and unsure facial expressions. Gathegi fully immerses himself into the role of a PTSD-ridden veteran, looking uncaringly unkempt, uttering words under his breath, and staring aimlessly at empty spaces.

Whilst the film never succumbs to melodrama, there are a few scenes of trite sentimentality. One scene, in particular, highlights Alicia being given a stilted pep talk reminding her of her own resilience. We not only heard this pep talk so many times before but it came at a time when an exchange of silence or facial expressions would have been more reasoned and perceptible. The tone is also inconsistent in moments of abrupt dread, violence, and uncertainty, which more or less has to do with unavailing build-up. Howbeit, Princess of the Row is generally honest and unsparingly raw when it matters the most.

Princess of the Row is a character-driven drama that is narratively familiar (Debra Granik’s Leave No Trace is an obvious comparison). That being said, the understated performances, sharp pacing, unshowy visual aesthetic, and Julian Scherle’s pulsating string-centric score keeps one enthralled in the overly familiar proceedings.

Conclusion: Princess Of The Row

Have you seen Princess of the Row? If not, are you interested in seeing it now? Let us know in the comments!

Princess of the Row was released on video-on-demand on November 27, 2020.

Watch Princess of the Row 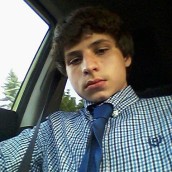 Andrew Stover is a film critic/writer from the Chicagoland. His film & TV reviews can be found on Film Inquiry & Film Threat.