ENTER FOR A CHANCE TO WIN A LIVE.DIE.REPEAT: EDGE OF TOMORROW 4K DIGITAL MOVIE 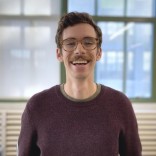 An overwhelmed and underdressed film writer based in New York.…

At the center of a new thriller by Ben McPherson, a young girl keeps running. She runs from each captor and each subsequent deadly situation. She exists in a futuristic world in chaos due to a technological blackout. She keeps surviving, though.

In the first scene of the film, we see what Reese (Brighton Sharbino) can accomplish. These ten minutes set the table for an exhilarating movie, yet they remain the best ten minutes of the film nearly two hours later. Nothing reaches the heights of these initial moments, because we again never see the depth of Reese’s strength, toughness, or perseverance.

Radioflash wastes Sharbino in the title role as Reese, instead opting for a nearly unwatchable quasi-thriller filled with actors you recognize from other pieces of art. You find yourself checking the clock more often than not, your eyes wandering around the room, trying to latch onto something more interesting than what is being played out before you. Calling it a misfire would be an understatement.

Sharbino brings a fire and intensity to the film that goes unmatched by her costars. Her eyes do much of the talking throughout the film, and it is quite dialogue-heavy for a thriller. She finds herself in impossible situations, yet sneaks through each one of them. You actually believe that she can escape.

She exemplifies the youthful fear of death and its subsequent conquering, once you’ve seen death in your own life. The themes shrouding Sharbino‘s character have powerful implications, and her ultimate composure looks impressive. Her moxy displays itself at every turn and her magnetism becomes apparent the longer you watch, as you might have an inclination to find another source of entertainment.

The story follows Sharbino from place to place, with each of her captors or guides being killed along the way. First, her father (Dominic Monaghan) falls, then a nice farmer joins him followed by a mean killer, and finally another mean killer meets his maker for good measure. You never feel like she’s in any real danger, though. You know that she’ll get out alive.

A rotating cast of “Oh, that person!” keeps you going, though. Sharbino‘s father is played by Monaghan, who you recognize from Lord of the Rings, and you will find it odd that he has a daughter. Her grandfather is played by Will Patton, who you’ll immediately recognize as that not-very-good coach from Remember the Titans. You’ll even recognize the hateful older woman who tries to force Reese to marry her grandson, played to a dialed-up perfection by Fionnula Flanagan, one of the best names in Hollywood. She played Tillie in Yes Man and Ellie Hawking in Lost. You derive most of this film’s enjoyment by placing these faces to their different, much-better roles.

No Room For Excitement

Part of the problem falls upon the opening scene of Radioflash. Sharbino must find solve a puzzle involving a ringing phone in a room filling with water, which we learn is a game simulation. It sucks you in, making for a riveting and gorgeous beginning. Though the landscape continues to be stunning, the film never reaches your immediately heightened expectations.

Sharbino never again uses these instincts, these physical abilities, or this problem-solving. She just waits for her mountain-man grandfather to save her, throwing away all of the skill we were seen in the first shots of the film. This becomes the biggest of many letdowns.

Her journey itself remains unremarkable. It features lots of death, but mostly by single-shot kill that she doesn’t witness. She gets scooped up and put in a cellar, which feels like her home for much of the film. With little to no background, low-ish stakes, and no impending doom, watching someone stuck in a cellar just doesn’t create any buzz or thrill.

The blackout does not create an intense atmosphere either. We learn that it was just a fluke by the end of the film, and that really sums up the whole movie. Watching it feels like a fluke, an unlikely occurrence that should not happen again. The only difference is a fluke usually involves a bit of luck, and watching Radioflash surely won’t bring you any magic.

McPherson‘s film has an interesting premise that gets put to the side almost from the outset. You want to learn more about the blackout, or more about Reese and her family, or more about her grandfather and his background, or even more about her captors. You just want to be immersed in any aspect of the film.

Instead, we’re given a boatload of lackluster moments with superfluous dialogue and trace amounts of danger. Not even Sharbino or the famed high school coach Patton can save Radioflash from its middling existence. In a world with the story of Radioflash, maybe a temporary blackout wouldn’t be the worst solution.

What was your least favorite thriller of the decade? 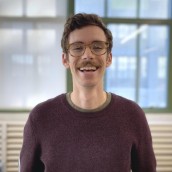 An overwhelmed and underdressed film writer based in New York. Trying to write about media from a regular, young person's point of view. Once passed John Oliver outside of a brunch spot, which is still my claim to fame.