Film Festivals Are The Beacon Of Diversity & Democracy In Film, But There Are Ways To Improve 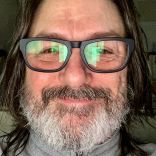 Fans make the entertainment industry go round. Or do they? Each year, the studios pump out hundreds of films, distributed to theaters around the world in search of a big payday and audience admiration. In this pursuit, many fall short and fail to capture the hearts of their viewers while too often losing millions in the process.

Countless films with less than superb storylines have made it onto the silver screen, only to fizzle out at the box office and enter the annals of forgotten entertainment history. Though the film industry may want audiences to think they’ve got a lock on the secrets to making a successful film, there’s room for improvement. That improvement comes at the hands of the ticket buyers: the fans who’ve been left on the sidelines for as long as the industry has existed. But this paradigm within the film industry will change.

In this process of green-lighting projects, the decision-makers are the studios and their executives, who believe they have an intuition for what audiences want to see. As a result, people who buy tickets or pay monthly subscriptions on Netflix to watch flicks remain marginalized and are only consulted at a later point in the production process when surveys and focus groups are poorly utilized to determine box office success. Worse, these surveys serve as confirmation biased endeavors, designed to ensure the investors and studios that the project will be a financial success. Practically speaking, this means fans are sold a product into which they have no input. Imagine Domino’s devising a new series of menu items without any focus groups or any proper market research that inquired about the tastes of consumers from the beginning, opting instead to use intuition and hoping that the consumers bite. Few companies would hinge a product’s success on such methods. This is exactly where the film industry is falling short. And it’s losing more than it should as a result.

Where Hollywood is missing the mark

Each year, many productions lose quite a bit in their pursuits. The oft-cited statistical reality is that 80 percent of films in Hollywood lose money. While it is true that film is ideally created with the intention of artistic expression, studios are still not merely interested in Oscars and moral victories. They want returns.

Existing practices of green-lighting, which entail very little—if any—fan consultation, are hurting Hollywood. Acquisition of what analysts call “wide variety, semi-structured” data with high volume and velocity, for example, could easily provide enough insights to determine the potential success of a film before its green-lighting without necessarily infringing upon the artistic processes of the film creation. Information gleaned from hundreds of data points of fan behavior ultimately could prove as powerful as the data that fans overtly supply in the aftermath of a project, like reviews and ratings. With looming losses in the coming years, fan sidelining might become more costly.

The pandemic is expected to bring losses totaling more than $160 billion in the next five years, according to a report from the Observer in late 2020. Given the circumstances, moving forward, it’s time to look at how to adapt and improve upon existing market research practices. The era of democratization, which began in the 21st century with technological developments and hunger for bottom-up economics, ushered in a new era for many industries.

The era of democratization

We can look to examples like journalism or music as industries where individuals could start producing high-quality content without the need for resources from a larger organization. Now anyone with a smartphone, laptop, wifi, and a little journalistic sense can report on the news. In music, anyone with a simple program and some basic equipment can assemble a song that would please the ears of millions on platforms like Spotify or YouTube. These opportunities were once only in the hands of the very few for years. Now, music and journalism have the input of the masses.

Even within the film industry, we’ve witnessed the emergence of new technologies that have, to a limited degree, democratized the film industry. First, with the advent of cassette tapes, viewers could own the films they loved and rewatch them without the need to wait for a local television station broadcast. Streaming services arrived next, wherein viewers no longer needed to buy individual tapes and could stream far more titles on demand. Moreover, Netflix provided another route for film creators to find new avenues to get their films produced and distributed outside of the old Hollywood or indie studio channels. Now, blockchain, with its decentralized properties, will be the next stage in the evolution of the film industry, allowing film creators to interact with fans and get validation directly from them rather than depend on the intuition of studio execs.

The film industry is a beacon for creativity and new ideas but is limited by its dependency on old ways that marginalize fans. Although fans can’t be the sole voice of film validation, it’s time Hollywood stopped sidelining them. Technology and demand for democratization will make this vision a reality.

Ian LeWinter is the Co-Founder and President of Filmio, Inc.. He has over thirty years of
experience in the creative industry and has managed communications in the technology and
entertainment verticals. He previously led branding and promotional initiatives for industry
heavyweights including Toshiba, Intuit, Tenet Healthcare and Kyocera. As a founder, Ian
developed and implemented strategy for ID, which included the identification, engagement and
conversion of key influencers for entertainment industry clientele such as Cox Communications.
If you’d like to join the Filmio Decentralized Platform, go to film.io and reserve your spot!

What are your thoughts? Let us know in the comments below!

Another Round, & Other Movies To Drink To

ONE PIECE Got Me Through This Year

TikTok Made RATATOUILLE Into A Musical, And It Slaps