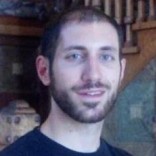 David is a film aficionado from Colchester, Connecticut. He enjoys…

More than 150 years after the old West faded into legend, the western genre is still very much alive and well. Slow West is the feature debut of writer-director John Maclean. Although it contains some clear watermarks of a first-time director, it is also among the more unique modern westerns in the way that it plays around with traditional western tropes and conventions. All serious or even casual fans of the genre will likely at least find something to appreciate.

Slow West stars Kodi Smith-McPhee as Jay, a Scottish boy who comes to America to search for a girl named Rose Ross (Caren Pistorius), who he is in love with. Along the way, he runs into Silas Selleck (Michael Fassbender), a gunslinger who offers his protective services to Jay. The west is a dangerous place, and as Silas mentions, Jay is unlikely to even make it to the next morning.

The west that the two travel through is unlike most portrayals that you see in the movies. There are no operational towns, no wagons full of happy, traveling families, and really, no signs of civilization whatsoever, although we gain the sense that it is just beyond their reach. This is the desperate, lonely west that has almost reached its peak. As Silas mentions in voiceover, there are so few of the gunslingers left from that old world, and they are a dying breed. What few there are, though, are among the most deadly.

Fassbender, who is among my favorite modern actors, is fittingly posed as a western outlaw. His tall stature, grisly, cold-eyed gaze, and uncaring attitude may bring to mind similar portrayals of the archetypal role, among them obviously Clint Eastwood or John Wayne. I did feel, though, that his character was often underused throughout the film. His actions are often contradictory or unfitting, at least to the character that we see from the start. Were it not for his relationship with Jay, I might have not cared too much about his character, even if Fassbender himself portrays him well. By the conclusion, you realize that this is really Jay’s story, and Kodi-Smith McPhee (who you may know as the little boy from Let Me In) is more than capable of holding those reins.

But a first effort all the same

What distinguishes most westerns is not only the time period and the characters, but also the tone of the film, and the way the cinematography displays the cold emptiness of the old west. While Slow West does use many of these traditional western conventions, it also doesn’t quite feel as solid as it would with a more seasoned director. Some transitions between scenes interrupt the flow of the picture, and appear to have been haphazardly stuck together. The music chosen for the film is also decidedly up-beat, which seems out-of-place at times, particularly during scenes where silence would have been more fitting.

There are also points in Slow West where it felt as if director John Maclean was uncertain about the tone of his film. At times, it feels more similar to a traditional, classic-age western, such as those made by John Ford or Anthony Mann. But then the tone switches to more surreal and dreamlike, and it happens so abruptly that there is little chance to adjust for the change. Although it never gets as unconventional as, say, Alejandro Jodorowsky’s El Topo (most movies don’t get to that level of weirdness), it does become difficult to distinguish between the reality of the story and what is just going on in one of the characters’ minds.

Method to its madness

There may be a method to Slow West‘s apparent madness, though. By the time the film has concluded (fittingly with a climactic shootout), there has been an unexpected turn of events, even more so in comparison to the past hour of predictable scenes. I have to admit that I couldn’t even see some of it coming, which is surprising since I would consider myself to be a particularly big western fan, having seen much of what the genre has to offer.

Though I won’t say what does happen, I will say that it seemed to demonstrate something significant about this iconic time in America’s history, which at this point appeared to have been coming to a desperate end. The vast emptiness and freedom of the old west was drawing to a close, and although some terrible things had to happen before then, it was all to make way for the (mostly) civilized society that we have today. Slow West seemed to make a final statement not only on the old west but on westerns in general. I do hope, though, that this doesn’t mean the end of the western as we know it. Thankfully, if past years are any sign, it is anything but a dead genre.

Slow West is an inspired first-time film from writer-director John Maclean, which not only demonstrates a clear understanding of the genre, but also comes to an unexpected, yet fitting conclusion. Though it does appear, on many avenues, to be an amateurish work, it is still a hell of a debut, and hopefully the first of many from what could become a very distinguished director. 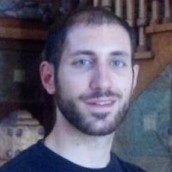 David is a film aficionado from Colchester, Connecticut. He enjoys writing, reading, analyzing, and of course, watching movies. His favorite genres are westerns, crime dramas, horror, and sci-fis. He also enjoys binge-watching TV shows on Netflix.