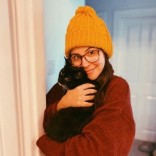 Rafaela Sales Ross is a proud Brazilian currently living in…

LÍNGUA FRANCA: A Tender, Intimate Portrait Of Contemporary US

Echoing the philosophical wonderings of Saramago, dwelling on the complex themes explored by Kaufman’s Eternal Sunshine of the Spotless Mind and wrapping it all with the unnerving narrative style of Yorgos Lanthimos, Apples is a gritty, subversive take on identity, memory, and grief and an outstanding first feature from Greek director Christos Nikou.

Somewhere in the recent past, a breakout of amnesia hunts the streets of a Greek city. A man who can’t remember owning the car he just crashed into the sidewalk sits dazed on the pavement; a partygoer in full Batman costume dances his way into an ambulance after succumbing to a state of pure confusion. When a middle-aged man (Aris Servetalis) is found asleep at a bus’ final stop, he is taken into a medical facility in charge of dealing with people affected by the epidemic.

Upon his arrival, the man is numbered and photographed, one out of many in a twisted human version of a lost and found. With no ID in hand, he waits to be claimed, to have someone knock on the hospital door and run towards him, arms open wide. Time ticks and no claims are made. The man remains unnamed, a walking mystery wandering around the wards, taking memory tests, and silently watching while other patients leave.

When dealing with the fact he may never see his way out of the hospital, the man consults the doctor responsible for “the unclaimed” and enlists himself into a program informally called “New Identity”. The aim of the initiative is ambitious, to say the least: to teach people how to live – to give them a fresh start. Patients are given an apartment, a Polaroid camera, and a set of pre-recorded tapes with instructions on what to do next.

Like children, the amnesiacs roam the streets checking off items from their checklist: riding a bike, going to the cinema, attending a party. As they move further into their instructions, the cold voice coming out of the tape recorder offers tips on how to flirt, how to initiate sexual contact, and even on how to offer support to the moribund. A haunting, robotic God-like figure trapped into a tape recorder.

Nikou explores the idea of identity as intrinsically dependent on shared moments turned memories. What is left of us when any trace of our existence is suddenly wiped away from the ones we love? How frightening is the thought of living a whole life just to see it stripped out of any sense of legacy by the unfair erasure of all amalgamated recollections, to become someone who cannot be missed. How much of us is a direct product of reciprocation, of how we fall asleep next to one another, how we brush our teeth, and what subjects we decide to chat about while having a last-minute microwaved dinner? The imperceptible movement of everyday routine slowly shapes our beings, an invisible hand turned blindingly obvious when amiss.

What we choose to remember

As the film evolves, the discussion shifts towards the notion of memories turned sharp knives by the overwhelming weight of grief. With expectations gradually upended, Nikou builds a riveting mosaic of loss and remembrance, a poignant take into the sheer human sorrow of not being able to curate our own minds. By the time Apples reaches its tight-knit conclusion, all there’s left is the tantalising agony of wondering if we would choose to bid farewell to all happy memories in lieu of a life free of the excruciating ones.

What do you think of the concept behind Apples? Let us know in the comments! 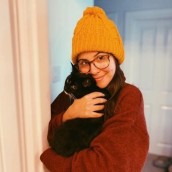 Rafaela Sales Ross is a proud Brazilian currently living in Scotland. She has a Masters in Film and Visual Culture, and has been diving deep into the portrait of suicide on film for a few years now. Rafa, as she likes to be called, loves Harold and Maude, The Before Trilogy, The Broken Circle Breakdown, Kleber Mendonça Filho and pretty much anything with either Ruth Gordon or Javier Bardem in it. You can find her on both Twitter and Letterboxd @rafiews