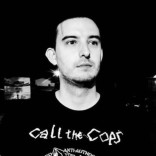 Jules Caldeira is a writer, drummer, and foodie from Sacramento,…

WET SAND: The Rebellious Act Of Being Yourself

“Less than 1% of wine produced in California is all-natural.”

As a Sacramento native, the city that about ten years ago was dubbed the “Farm-to-Fork Capital,” when this statistic came across the screen near the end of Living Wine, I couldn’t help but raise an eyebrow. Two, actually; I can’t just raise one. Living in a region that so proudly emblazoned a slogan of sustainability on its water tower (to the chagrin of many locals), it was quite surprising to me that wine produced in Northern California, to say nothing of the entire state, doesn’t follow a similar farm-to-bottle routine.

Well, most wine. This documentary follows a handful of winemakers in Sonoma, Santa Cruz, and Yuba counties as they pioneer farming, fermenting, and bottling processes in an effort to make natural wine as our ancestors did. In doing so, they eschew the conventions of most winemakers and create wines that stand out in ethics as well as taste.

Natural Wine From Lovers of Wine and Nature

As Darek Trowbridge tells us over beautiful sweeping shots of vineyards and landscapes, the natural wine movement is twenty years behind that of organic food. He proudly makes wine that’s not for everyone, and he’d rather do that than try to please “a thousand palettes.” Just a few hours away in Yuba county, Gideon Beinstock and Saron Rice use grape-pressing technologies that have been around for thousands of years. That is, by hand rather than machine. Mentored by Gideon is Dani Rozman, who believes in making wine from grapes originally from the area and hopes to have California wine compared more to Chile’s than France’s since their climates are much more similar. South of Sonoma, down in Santa Cruz County, James Jelks, and Megan Bell share a facility so they can both live their dreams. Megan focuses on obscure varietals and, in addition to her winemaking duties, works multiple jobs to fund her passion. She also discusses the challenges that women can face in a wine industry typically dominated by men, and the adversity she endured to get where she is today.

A Local Perspective of a Global Crisis

As much as this film focuses aesthetically on the beauty of wine and the nature it blooms from, there’s also a ton of information packed into a little over ninety minutes. Did you know that there are ninety different soluble compounds that can legally be added to wine? In addition to facts about wine and agriculture, there’s also the issue of climate change. Every year, the summers start earlier and earlier, each record temperature breaking the last. Thanks to climate change, the fire season now begins even before the harvest. For the past few years, fires have raged throughout California with a devastating impact that can be seen in this film. Even for those who aren’t directly affected by the flames, the smoke from it can be just as detrimental to crops.

For all the weight and urgency of the information about our environment, it never reads like a horror story but more of an encouragement to action. With the looming threat of smoke and flame-damaging crops, we’re treated to scenes of how a community can rally together in the middle of the night to help harvest grapes before they’re tainted by smoke. We watch as a master winemaker passionately passes information down to his interns who will one day go forth and produce wines of their own. In addition to natural wines and climate change, director Lori Miller has shared a story of passion, determination, and the tenacity involved with making wine in an environment that is becoming increasingly dire with each passing season.

Conclusion: Give it a taste!

Whether you’re a wine aficionado, an advocate in the fight for climate change, or just a fan of documentaries, this film will be worth your time. Between the beautiful shots of nature, there’s also a sense of urgency. Though Living Wine doesn’t hit as hard as Food, Inc. or Forks Over Knives did in their time, I do hope this film will one day have the same impact on the wine community and that each of us will now be taking a closer look at what exactly goes into our glass.

Are you a fan of wine? Would this documentary impact the wines you choose? Let us know in the comments!

Living Wine was released in select theaters on June 15th. 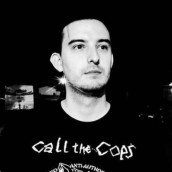 Jules Caldeira is a writer, drummer, and foodie from Sacramento, CA. When he's not in front of a stove, hunched over a laptop, or behind a drum kit, he's trying new drinks or buying new records and books he never has time to enjoy. Il parle un peu français and can be found on Twitter (@julescaldeira) or Instagram (@jules.caldeira) when he remembers to post.