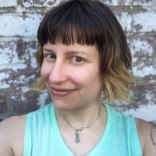 New French Shorts, an annual showcase of short films from rising stars in French cinema has landed in (virtual) cinemas once again. The 2021 collection of seven short films, which includes one Oscar nominee and two César Award winners, covers a wide range of genres, from science-fiction to slice-of-life realism, with some wildly experimental animation thrown in for good measure. If you thought, based on the Eiffel Tower-centric promotional artwork, that these shorts were going to be as stereotypically French as, say, this year’s Eurovision performance (really, all French Eurovision performances), then you should be pleasantly surprised by the variety of perspectives included in this collection, presented by Young French Cinema.

Growing Up is Getting Old

My favorite film of the showcase might be one of the less groundbreaking of the group, but what it lacks in revolutionary technique and subject matter, it makes up for in just lovely storytelling. Written and directed by Lauriane Escaffre and Yvonnick Muller, By a Hair focuses on Elodie (Madeleine Baudot), an aspiring beautician prepping for her final exams. Her gruff father, Christophe (Grégory Gadebois) doesn’t quite understand what his daughter is studying, and would prefer she continue working with him behind the counter at their family butcher shop—especially since Elodie’s mother has passed away, leaving them with only each other to lean on.

Elodie is frustrated with her father’s inability to understand what a teenage girl needs, while her father cannot come to terms with how little control he now has over the sharp-tongued young woman who storms in and out of the house. However, all of these conflicts go right out the window when Elodie’s model for her final exams backs out at the last minute. Finding a new model isn’t easy—especially because they need to have not shaved for quite some time so that Elodie can perform a hair removal treatment. Despite being the last man on earth to appreciate a good waxing, Christophe is coerced into helping Elodie, with predictably hilarious results.

By a Hair tells a straightforward story, but it does so with a great deal of heart and humor. Gadebois and Baudot are wonderful together as the father-daughter duo, walking the tightrope of Escaffre and Muller’s script without falling into any traps of excessive sentimentality. That being said, the film’s seemingly small moments, such as Christophe haplessly trying to re-record the family answering machine message only to accidentally hear the old one with his deceased wife’s voice, or him noticing that Elodie has borrowed one of her mother’s old blouses for the exam, pack a surprising emotional wallop. It’s hard to think of a more satisfying story told in a mere 21 minutes.

Another simple but no less charming narrative can be found in Sukar, directed by Ilias El Faris. Shot on a Moroccan beach in 16 mm, giving the whole film a beautifully hazy vintage hue, the film follows the various beachgoers as they go about their day: the lifeguard cheerfully singing along to his music, the vendor attempting to hawk his donuts, the young boys chasing each other over the sand, and the two adolescent lovers who are just dying to kiss. However, two police officers are stationed nearby to halt any illicit activities, and that includes teenage hanky-panky. Short, sweet, and absolutely stunning to look at, Sukar is absolutely diverting for its entire 10-minute running time and should give one a healthy dose of nostalgia for the summers of one’s youth.

The two animated films featured in New French Shorts are two of the most acclaimed films in the collection, yet despite accomplishing some wild things with visuals and sound, they didn’t quite thrill me the way some of the other films did. Directed by Adrien Mérigeau, the Oscar-nominated Genius Loci focuses on a mystical journey of self-discovery embarked on by a Black woman named Reine over the course of one night. Not sure what her next move in life should be, Reine wanders through a vivid kaleidoscope of images that pay homage to surrealist painting, the city nights serving as inspiration for protagonist and viewer alike. The film feels downright hallucinatory, and I enjoyed being swept up by the gorgeous style of animation, but I didn’t feel entirely swept up by the story.

The same goes for And Then the Bear, winner of the César Award for Best Short Film – Animation as well as the Short Film Palme d’Or at Cannes. Directed, written, animated, and edited by Agnès Patron, this dialogue-free film uses music and some gloriously fantastical animation to tell the story of a young boy whose close relationship with his mother is threatened by the arrival of her new boyfriend. What follows is a wild gathering of children, animals, and spirits. Where fires blaze and voices are raised in song. As the mysterious new man encroaches on the boy’s pleasant existence, so the mysteries of the natural world encroach onto the mundane of the everyday. Like Genius Loci, And Then the Bear is absolutely fascinating to look at, but any underlying message feels somewhat muddled by all of the magic.

A more intriguing take on the supernatural can be found in So What If the Goats Die, winner of the César Award for Best Short Film. Written and directed by Sofia Alaoui, it follows Abdellah (Fouad Oughaou), a young shepherd living in the Atlas Mountains, as he braves a storm to get to town and buy grain to feed his herd of goats. However, upon arrival Abdellah finds the village mostly deserted. Strange lights have cracked the surface of the sky, apparently signaling the arrival of visitors from another world. As Abdellah moves throughout the eerily quiet town, he encounters those few who have remained behind, including a local eccentric (Saïd Ouabi) eager for the enlightenment he assumes the visitors will bestow upon him and a young woman (Oumaïma Oughaou) willing to abandon her family to see what the visitors have to offer. In the process, Abdellah begins to question his own beliefs and how the arrival of the visitors may conflict with everything he has ever thought true.

So What if the Goats Die is definitive proof that one doesn’t need an excessive special effects budget to make one believe in the supernatural if one has a great location and story. The rugged mountains and desert plains of Morocco appear almost otherworldly courtesy of Noé Bach’s cinematography, making anything feel possible within that landscape. Alaoui’s use of an alien invasion to ask deep questions about life and faith—questions that remain unanswered at the film’s end – is masterful for a filmmaker so early in her career. Hers is definitely a fresh and unique voice, one that we should all earmark for in the future.

Another one of my favorite films in the collection is as disturbing as By a Hair is heartwarming. Directed by Merryl Roche, Haute Cuisine follows an up-and-coming young chef named Marie (Joséphine Japy) who has just gotten a job in the kitchen of a multi-Michelin starred restaurant. Marie’s unlikely breakthrough occurs when the head chef, Bruno (Philippe Résimont), tastes one of her sauces and declares it perfect. The problem? Marie had just cut her hand and accidentally dripped blood into the sauce. Unable to think of an alternative way to replicate the taste, Marie begins obsessively drawing her own blood and covertly squirting it into her dishes. Bruno continues to be impressed, and Marie’s star continues to rise…but at what cost?

The body-centric horror and cannibalistic undercurrent of Haute Cuisine reminded me of Julia Ducourneau’s Raw, in a good way. Roche doesn’t flinch in showing us Marie’s mental and physical dissolution as she continues her single-minded quest to rise to the top, while Japy’s powerful performance sells Marie’s dedication fully even as it grows increasingly painful to watch. If you’ve ever thought that putting your own lifeblood into something would be the only way to succeed, or that your job was literally destroying your health, you’ll find Haute Cuisine disturbingly relatable. But if you’re strong enough to make it to the end, the film’s final scene is worthy of a chef’s kiss.

Finally, we cannot forget Olla, a dark feminist comedy-drama from writer-director Ariane Labed. With a brilliant performance from Romanna Lobach in the titular role, it focuses on a Ukrainian woman who moves to French suburbia after meeting Pierre (Grégoire Tachnakian) on a dating site for Eastern European women. Pierre lives with his elderly invalid mother and expects Olla—who he dubs Lola so that no one will guess he shipped her in from Ukraine—to act as both lover and live-in caretaker.

Olla’s existence as an immigrant in a country where she barely speaks the language is uncomfortably precarious, and her status as essentially a man’s possession means she has to seize freedom anywhere she can find it. She ends up spending her days dancing wildly in her underwear, getting catcalled by young men as she goes out to buy groceries, and, uh, pleasuring herself while eating lunch meat; at night, she fends off the amorous advances of Pierre, who she seems altogether uninterested in.

The plot is little more than a string of episodes of Olla living her life, and some moments seem chosen more for their potential shock value than anything deeper they might say. (One doesn’t want to automatically compare a woman director to her famous spouse, but when it comes to the tone of her film, it is definitely not a surprise that Labed is married to Yorgos Lanthimos.) Whatever you may think about the film’s story, Lobach is an absolute joy to watch; her obsession with “What Is Love” should ensure that you never hear that song the same way ever again. Her relationship with Pierre’s mother is also touching evidence of the special solidarity that women are capable of finding with one another, even when one of them cannot speak.

New French Shorts gives a solid overview of some exciting new cinematic voices. I’m sure many countries are already doing so, but I’d love access to programs like this from countries across the globe. The insights one gains just on new talent, but on the social, political, and cultural influences that shape talent in that part of the world, are eye-opening.

What do you think? Which of these short films sounds most appealing to you? Share your thoughts in the comments below.

New French Shorts is playing in virtual cinemas across the U.S. courtesy of Kino Marquee. 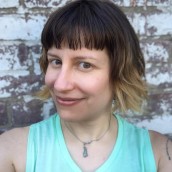