Inquiring Minds: THE GUARDIANS OF THE GALAXY HOLIDAY SPECIAL (2022)

INDIANA JONES AND THE DIAL OF DESTINY Trailer

TAMING THE GARDEN: Bending the World To Your Whims 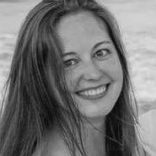 On of the best opportunities the New York Film Festival offers to its patrons and press is the opportunity to branch into the international cinematic experiences other countries have brought to life. Stories abound beyond the Hollywood scene, many with exciting and intriguing perspectives that invite you to experience a new point of view and witness a glimpse into culture. I find that in my area of cinematic exposure, foreign film is an area I need greater indulgence and exposure.

This year, France came swinging, bringing two impactful and pensive films to the festival, each with their own take on society, the past and the future.

Over this past year, I have found myself reviewing a variety of zombie films, both domestic and internationally, each speaking to a different interpretation (or lack thereof) of the genre. Zombi Child, however, is not your typical zombie film. There is no running, fearful one bite, one drop of blood will forever change you. There are not shelters with remaining survivors, death lingering in every crevice of the earth. The world is not doomed. The world has not begun to fall. Rather, Zombism here presents itself as a curse inflicted through voodooism and an undeniable comparison to slavery – a presentation based off a supposed true incident.

Zombi Child begins in 1962 Haiti, a man recently deceased come back to life as a zombi. With a voodoo curse placed on him at the request of his brother, scavengers release him from his grave, only to place him into forced labor on the local sugar cane farms. With no speech, he can not talk back, and with limited brain capacity and will, he is unable to find the means to escape his captors or rise above his current state.

Years latter, in the city of Paris, his descendent Mélissa (Wislanda Louimat) begins attending an all girls school – a highly prestigious and exclusive school promoting good value, honor and free thinking. Welcomed into a new group through the recitation of a poem she was taught as a child, her initial warm welcome is slowly snuffed out as her strange and unusual behavior begins to cause terror among the others, unknowingly inviting ideas of Haiti and voodoo to influence the discussions of those around her – for good and bad.

The parallelism to slavery is immediately noticeable and heartbreaking. Even in death there is no peace. Much like those snatched from their homes of Africa and the Caribbean, Clairvius Narcisse (Mackenson Bijou) is snatched from his place of rest, forced to work in the fields. Yet, where many have fallen into line, unable to fight back, he instead sees and tastes freedom. As he looks past the rustling leaves, he sees the world beyond. He recalls his past, those he has left behind. He has a desire, whether conscious or innate – to break the cycle, to be free and live his life on his own terms.

Zombi Child is a film that takes its time, allowing the audience to think about what is being showcased on screen. Director Bertrand Bonello fills his film with a lot of long pensive takes on the characters, taking in the room, setting and multiple characters surrounding the primary focus. It is a film that breaths, letting each detail marinate in an audience member’s mind, allowing for the film’s elements to be fully fleshed out, creating an unique experience for audiences

Oh Mercy! was the second opportunity I had on my screening day to see French international cinema. Where Zombi Child had been a film I wholeheartedly enjoyed, Oh Mercy! was a whole different story.

Oh Mercy! follows the investigations and police response in Roubaix, one of the most crime ridden cities in northern France. Dispatch after dispatch, crimes of every variety are brought to the audiences attention – arson, rape, theft. Yet, when police are called in to investigate a murder, two eye witnesses to an earlier crime become the prime suspects in this latest.

It important to note, Oh Mercy! is a good film. Filmed with intensity and with a cast that commits to each of their roles and nuances, Oh Mercy! delivers exactly what it promises. Yet, this who dun-nit quickly turns into a race of who will confess first, the confessor willing to work with the police likely to receive a lesser sentence. While the film is a bit long, it is necessary to see the process from murder to investigation to confession. There is an urgency yet also a patience.

At times though this urgency is where I started having issues stomaching the film. While there was no abuse of the two suspected criminals, the hostility with which they were treated was shocking and abrasive; as an audience member I was confused as there didn’t seem to be much evidence beyond a hunch. There is also a resentment for the way the police are treating the suspects –  doesn’t this open up problems for the handling of presumed suspects that could be innocent?

It also leads you to question in a time and town as violent and crime ridden as this, do you need to match the intensity to get to the core of truth? While it may have been unsettling for me as an audience member, does the treatment match the world these police officers are faced with. In a violent environment, how do you defeat violence without pushing back as far as you can?

It is an interesting idea and question that Oh Mercy! poses to its audience, never truly answering its own question, rather dangling it for audience to take home with them.