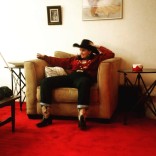 Bailey Jo is a visual journalist, currently living in southern…

BRAHMS: THE BOY II: One Boy Is Enough

After 12 seasons, and many spin-offs and one-offs, RuPaul’s Drag Race is no stranger to dipping its heels into the waters of the Drag Race canon and recycling an old challenge or two. With this season, Mama Ru has decided to go with a bizarre but interesting gimmick from season six – splitting the groups (and the premiere) in two, thus putting the microscope and the spotlight onto the queens in a harsher and more direct way.

Though it may come across as uninspired or a lack of creativity, within the first few seconds of the premiere, it was clear that the decision was made to pay homage to season six – which started off as a tribute to television – as a means to comment on the fact that this season is premiering during an election year. More specifically, an election year where LGBTQ+ Americans may have the misfortune of enduring another four years under the stubby thumb of a presidency helmed by a reality television star.

Drag Race isn’t averse to politics; every season that corresponds with an election year has inspired a Maxi Challenge, like season four’s political debate challenge in 2012 and season eight’s political attack ads in 2016. And since 2017, each season has had its own nod towards the current administration that hearkens back to the Stonewall riots and drag’s inherent political landscape – Christ! Season 11 had an entire musical dedicated to the Betsy DeVos, Kellyanne Conway, and Sarah Huckabee Sanders, among others! With this in mind, I can see why the split-premiere gimmick would be appropriate for this the year of our lord 2020. Or not, I may be giving RuPaul and the producers too much credit here.

Either way, I am grateful for the chance to meet the new queens on a minute level – with every other season there’s been a fight to remember each queen’s name and then match it to the respective drag mug and then again with the street face, but not season 12! For the first premiere, we are blessed with seven queens:

After their entrances and cautious introductions, RuPaul arrives and lets them know that the first Mini Challenge will consist of the queens strutting their best seasonal drag on a runway, for spring and fall fashion, a la season seven’s premiere Mini Challenge.

The challenge goes surprisingly well with very few bad outfits and a definitive standout walk Gigi (that pansexual-flag-color-block motorcycle outfit is EVERYTHING), but one queen’s performance hits a snag – on her turnaround, Heidi’s headpiece falls off of her head and all she can do is push through it. This type of accident would undoubtedly put her on the chopping block if she’s unable to make up for it in the Maxi Challenge.

In a Drag Race first, the premiere Maxi Challenge isn’t a design or runway challenge, but a full blown performance challenge. To honor the episode’s special guest judge Nicki Minaj, the contestants must come up with their own rap lyrics and dance moves for a group performance and lip sync to the song “I’m That Bitch”. This is an astronomically difficult challenge for the first day and the girls get into it, with Widow and Heidi taking the lead on the choreography.

Per tradition, friction arises between a girl in charge (Widow) and the bigger personalities on the stage (Brita and surprisingly, Jackie) and the queens get in their feelings. A lot of attention is given to Widow, who is worried that her place in the competition may be in jeopardy due to the group’s lack of cooperation and coordination – nobody wants to be the first contestant to go home and her woes are given a lot of screen time. Hmm, how foreboding…

What’s great about splitting a premiere in two is that everyone gets a chance to shine or dim; in this first premiere, we were blessed with queens who each have their own small chance – from Crystal’s absolutely transcendent mullet to Nicky’s talking heads to Heidi’s confession that she was rushed to the emergency room the night before for an allergic reaction (another Drag Race first!). However, the MVQ (Most Valuable Queen, heh heh) for episode one undoubtedly goes to Jackie Cox.

As a Persian queen (and the show’s first ever contestant of Iranian-descent), Jackie brings quirky intelligence, scarily-accurate 1960’s fashion and a humbling reminder of these fraught political times as she talks about how it’s not only illegal to be gay in Iran, but is also punishable by death. It becomes a sobering and educational moment as she briefly brings up the 2020 election and its importance. This all takes place as the queens are getting their makeup ready for the Maxi Challenge, which is the ideal time to get to know each other.

Next is the performance and it is…something. The song isn’t exactly a banger and the dancing is clunky and repetitive, but the queens all bring it, even Gigi who pulls out a surprising amount of humor and eccentricity which is no doubt meant to cover up her lack of dance skills. The undeniable standout however, is Widow, who cleverly saved the best moves for herself. Despite being a bigger girl, she brings her impressive flexibility and ferocity to the performance and blows everyone else away.

In an episode that has been taking something old and twisting it until it seems a little new, it’s easy to get lulled into complacency. Which makes it all the more shocking when the queens walk down the runway in their stunning outfits (Category is “Sparkles”), get very little to almost no negative critiques, and then each queen is declared “Safe” one right after the other until it’s just Gigi and Widow left on the stage. What? What is happening? Past episodes would have us believe that the last two contestants left are in the Bottom, and they would have to lip sync in order to prove their worth to RuPaul, who would then show mercy to the best performer (“shanty you stay”) and then send the other one home (“sashay away”).

But why would Ru put these two queens in the bottom when Gigi dominated the Mini Challenge runway and then Widow completely slayed in the performance? Because there is no Bottom Two this week. Instead, there are five Safe queens who did good work and then two Winners who did exceptional work – another first! Well, for a regular season of Drag Race anyway; two winners is a commonality in the spin-off show, RuPaul’s Drag Race: All Stars. And just like on All Stars, the Top Two queen will lip sync for an extra tip, which in this case is an extra $5,o00.

So, the song is “Starships” by Nicki Minaj and the lip sync is one to remember, which unfortunately doesn’t mean that it’s necessarily good. Thanks to awkward cuts the editor made between to the two performers and the in-cohesive dancing styles that Widow and Gigi display, what could have been two entertaining solo lip syncs ends up being a mess that I’m in no rush to watch again. On their own, Gigi’s odd little funny movements could have carried her, but it was ultimately Widow’s energy and insane shoulder trick that won her the week – con-drag-ulations Widow, you’re a winner, baby! And look at that, it wasn’t too long before in the episode that she was worried that she would be sent home.

Despite the constant need to recycle old challenges, the first premiere of season twelve was a strong way to kick off the new season and it will be hard for next week’s batch of queens to follow it. The fact that not a single queen was given a low placing and there was no bottom two promises a fantastic season. Some immediate front runners are for sure Widow and Gigi, who are honestly followed by the rest of them; there are very few queens so far who seem like the next obvious elimination, but the one who is closest to being in trouble could be Heidi N. Closet; after a harsh critique of her makeup and hair from Nicki Minaj herself, it looked like Heidi was for sure going to be in the Bottom. It will be two weeks until we can see the rest of what she has to offer though, so the only remedy will be patience. Until then, prepare for the second half of the premiere and the six other new queens that we have yet to meet.

What did you think of the first half of the season premiere? Which queen is your favorite so far? Do you agree with this week’s winners?

A new episode of RuPaul’s Drag Race Season 12 can be seen every Friday at 8/7c on VH1. 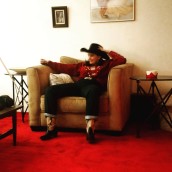 Bailey Jo is a visual journalist, currently living in southern Japan. Along with obsessively watching movies, she enjoys creating art, playing guitar, boot-scootin' around on her Honda Crea Scoopy, and attempting to study a language or two.