TRIBECA FILM FESTIVAL 2021: SEE FOR ME 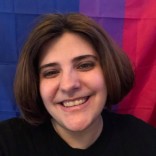 Amanda Mazzillo is a writer with an MFA in Dramatic…

The Paper Tigers, directed and written by Tran Quoc Bao, follows three Kung Fu prodigies who reunite as middle-aged men to avenge the murder of their Sifu Cheung (Roger Yuan). The film explores how the times have changed since their own time learning Kung Fu and becoming known as The Three Tigers.

The Paper Tigers works the best when focused on its action. The comedy within these scenes also seems to land the best, and pushes to cathartic moments. The three main characters Danny (Alain Uy), Hing (Ron Yuan), and Jim (Mykel Shannon Jenkins) end up in multiple fights which challenge their individual difficulties that have come from age.

Jim still fights, but no longer remembers the teachings of his Sifu. Hing suffered a workplace injury that still impacts him ten years later and he has gained weight over the years, which is to be expected. Danny has not practiced in years and is divorced from Caryn (Jae Suh Park) with a son Ed (Joziah Lagonoy) he doesn’t give enough attention.

These fight scenes are well-choreographed and showcase their weaknesses and also allowing them to fight in ways that seem realistic. They do not automatically re-learn everything they left behind. We get to see them fall and at times, seem very close to serious injury, but the structure order of the three-fight of their opponents helps build the suspense.

They fight a group of young guys who say they are students of Sifu Cheung, and in their next big action scene, the order of who fights when ends with the one who seemed to do the worst in the earlier fight. This adds suspense and gives the fight more of that underdog charm no matter who wins in the end.

Throughout the film, each action scene is unique and helps build toward the larger mysterious story of Sifu Cheung’s murder. The moments of action give life to the characters and their individual backstories and issues. Each character is given time to prove themselves and have victorious moments, even if only for brief amounts of time.

Comedy Works at Times but Can be Overused

The comedy in The Paper Tigers works best when it highlights different aspects of aging, but falls flat when the same thing is revisited too many times. With Hing, jokes about him being overweight happen much too often, and as the film progresses, the style and delivery of the jokes get more and more exaggerated.

When the trio fights their old rival Carter (Matthew Page), he taunts Hing for his weight before their fight by mocking him visually, and throughout the film, he makes verbal comments about his weight as well. Otherwise, this scene where each member of the three tigers fights Carter is a well-crafted action scene with none of the fights feeling too similar to the previous.

Other jokes highlighting the aches, pains, and natural changes of age work better, while the ones focused on his weight feel less related to the natural way bodies change over time and are more centered around other characters commenting on his eating habits. These jokes were the most frequently reused throughout the film, taking up space for more unique moments of genuine humor relating to growing older.

The Paper Tigers works more as an action film than a comedy, but certain moments of humor work well to show just how much these characters have changed since their days of studying under Sifu Cheung. The humor worked the best when it came up in the midst of their fights and showed their Kung Fu moves quickly change from successful to failures when they twist or turn too far with their older bodies.

The Mystery of Cheung’s Killer

The film works especially well when Danny, Hing, and Jim work together to discover more information about the death of Sifu Cheung. The bond between the group comes forward in the narrative and allows for some moments of growth between the three.

This journey also allows Danny to feel closer to his son, and feel that he is good enough to pass some of his Kung Fu along to him. The Paper Tigers is a heartwarming narrative showcasing the importance of family and believing in your own strengths.

The Paper Tigers creates an interesting and exciting story bringing this trio of former Kung Fu prodigies together again. They re-establish their dynamic, which comes through especially when they watch old videos of their time studying under Cheung.

Structuring the film with Danny, Hing, and Jim finding each other and then working together to find clues to the next step closer to uncovering who killed Sifu Cheung works well and gives the film a mysterious edge that keeps you interested and engaged throughout.

The Paper Tigers is an enjoyable action-comedy exploring the different ways people change over time and the importance of protecting your family, be it blood or bond. Tran Quoc Bao creates an exciting and interesting world filled with Kung Fu and friendship.

Are you interested in seeing The Paper Tigers in theaters? Have you been back to theaters yet? Share your thoughts in the comments?

The Paper Tigers released in theaters on May 7th in the US. 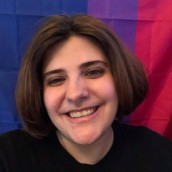 Amanda Mazzillo is a writer with an MFA in Dramatic Writing from SCAD and a BA in Writing & Linguistics and Film Studies minor from Georgia Southern University. She enjoys writing comedy and exploring all forms of media. Her Twitter name is a bad pun: @mazzillofirefox